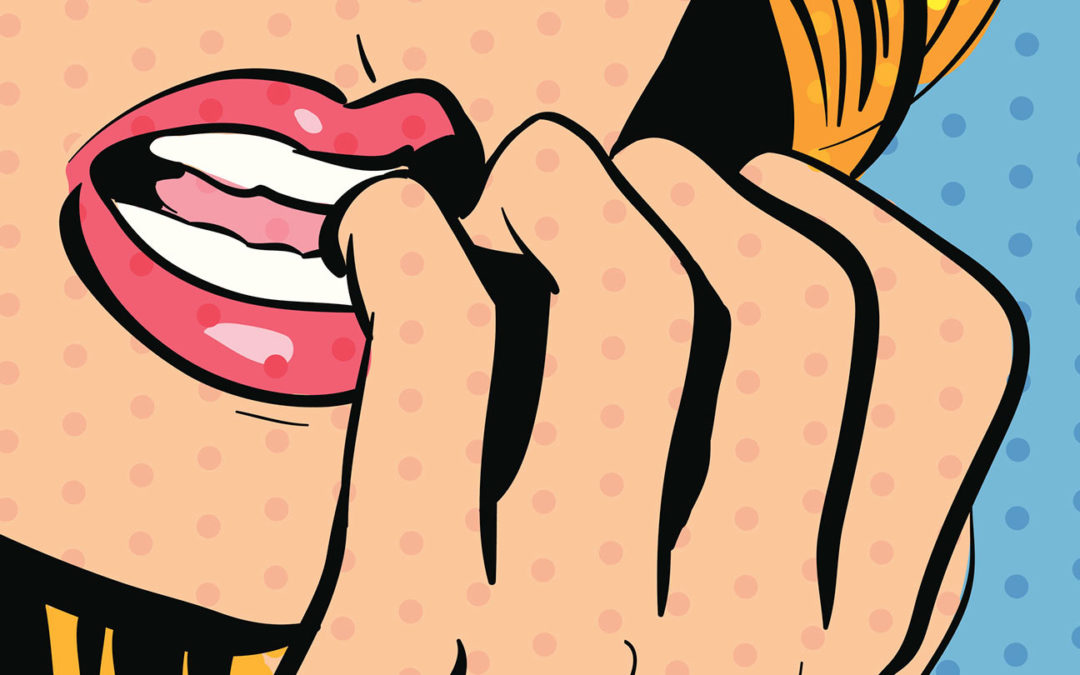 ‘Crisis?’  ‘What Crisis?’ Many of us might be in denial, right now, that we are in a national crisis.  But we are.

When things get this tough, it is tempting to take recourse to Netflix (a telly version of hiding under the duvet).  And really hiding under the duvet, of course – throwing a ‘sickie’.  We can spend every waking hour playing tetris or with headphones in.  But the crisis seeps in, from the sides, and we can’t really ignore it.

Thing is:  crises are uncomfortable.  They are unpleasant, frightening things.  And they are ‘restimulating’.  That’s psychological shorthand for saying they remind us of all the times in our lives (of which there are many), when we were not in control.

The current situation reminds 1 in 2 of us our warring parents and their interminable rows.  It reminds us of bullying at school and sexual harassment at work.  It reminds us of nasty people on the street and trolls on the internet.

But it’s worse.  Whatever we want (or think we want), whatever we do, no matter how often we text or message our mates, the problem does not go away.  We might even be politically active, but we can’t seem to make a difference.

During this long, exhausting, polarising, irritating crisis, many of us have written to our MPs, or to our Prime Minister, even.  But we don’t get a reply, or even an acknowledgement.  Or, if we do, it doesn’t satisfy us.

We are left feeling unheard, insignificant and alone.  And divided friend from friend, family member from family member, community from community.

This is scary.  And enraging.  The ‘restimulation’ levels are at tsunami level as we see the people who are supposed to represent us making a mess of it all.

In some countries people take to the street and set fire to things.  In others, they endure.  We are, largely, taking it out on ourselves and each other by being more angry, ragey, rude, pushy, impolite, nasty, troll-ey.

The national crisis is spilling over into knife crime and domestic violence, depression and anxiety, addictions of every hue.

And yet, we don’t actually have to go there.  Not really.  Governments come and go, but human beings go on forever.  We can adapt, we can use our minds to help our emotions take some control over ourselves (I won’t say ‘take back control’ – Heaven Forfend).

First, we need to accept we are actually powerless in this situation, but that also, paradoxically, that we do count.

And we can take power.  Over ourselves.

So, for your sanity’s sake allow yourself to write those letters, blogs, texts and messages.  Join those chat rooms that allow you to splurge and download.  However, be aware whilst you do so.

Being rude, impolite, aggressive, attacking, insulting, racist, discriminating in any way, actually reflects more on you than the other person.  Download, yes, but don’t overload with venom and aggro.

Secondly, we need to remember that everything passes.  Things are pretty dire right now, and perhaps they may even get worse in the short term.  But in time things will level out.  Nothing lasts forever.  Somehow things will right themselves.  And getting worse is often part of the getting better.

Thirdly, you are not back in the original experience that has been and is being  ‘restimulated’ if you are feeling more anxious, angry or depressed than usual.  It may be like the old situation, but it is not the same.  You are older, wiser, more able to cope.

Pull together your resources, work out what you need.  Get up and write, like I am, if you need to.  Draw, walk, paint, sing, move, shout, make love….but don’t take your frustration out on others or yourself.

Finally, solidarity with others will also help.  Talk to like-minded people, but limit the amount of saturation TV or media coverage you absorb.  Watch, read or listen so much, then take a break and reground yourself in everyday life.

Self-protection and self-preservation is essential at this point.

Meanwhile, acknowledge we are in a national crisis, but don’t make it a personal crisis.

Try and keep a clear perspective and remember to look up at the sky and notice the burgeoning Spring flowers, from time to time.

Everything passes, and this eventually will.